Over the Xmas period, it seems as though almost every friend and colleague of mine was watching very little terrestrial TV. I myself watched virtually nothing bar BBC News broadcasts over the festive period. Over the last 12 months, I contemplated ending my Sky TV subscription service (it’s a cable TV equivalent for those non-UK readers). In the end, it still remains in my living room, but is becoming increasingly redundant. So why is this? There was once a time when I could plan my entire day around what shows and sporting events I’d be watching and at what times. Now, my TV is only on when I a streaming something on or occasionally gaming on my games console. I think that part of the reason has been my changing viewing tastes over the years. I find myself less and less interest in the proliferation of ‘reality’ TV and lifestyle shows modern television companies seem to be fascinated with making. I have zero interest  in listening to Her Majesty prattle on about something or the other on Christmas Day that I probably read about myself 6 months earlier. I really don’t care for Soap Operas anymore unless there are Superheroes attached to the plot, and the dramas I enjoy have generally been recorded via DVR so I can enjoy them at my own leisure. Along with these factors, there’s something else that has seemingly crept into my viewing habits like a thief in the night, stealing away my productivity  & social life. Yes folks, i’m talking about the almighty Netflix. Though Netflix is far from the only streaming service that’s available, and certainly not the only service of it’s type that I use regularly, it’s arguably the most recognisable name in new media and home entertainment right now. Netflix have managed to become synonymous with how we chose to relax and enjoy our visual entertainment. In fact, it has become so engrained in popular culture, there is a whole host of ‘memes’ dedicated to it..

Netflix entered my life sometime around 2012, I can’t actually remember when I signed up. At the time, it cost £4.99 per month to access the full service. This meant I could watch as many movies as I wanted, whenever I wanted. At the time, the film options weren’t vast, but certainly enough to keep a junkie like me sated for a while. I found that on days off, I could easily sit through 5 films a day starting from 9am in the morning and finishing up around midnight whilst still having time to carry out any daily chores. This was truly like a blessing from the entertainment gods for me. At last I could watch as many good, bad or indifferent movies as I felt I could take within a 24 hour period, without having to worry about returning DVDs on time or being fined by some crumby video  rental store, with their weirdly anti-social staff.  Now everything I had ever wanted was at the touch of a few buttons. The availability of the service across so many platforms made it incredibly easy for me to be watching a big budget Hollywood blockbuster one minute, and a smaller, lesser known international productions seconds after. It took the hassle out of deciding how best to find a movie or movies to watch during my down time. It is not uncommon from friends and acquaintances of mine to schedule social events around watching the latest releases, hell, our contributor Big A regularly takes days of the day job to make sure he can catch the next big thing when it launches!
I guess that’s part of the reason why Netflix has become so ingrained in our home entertainment culture. The flexibility it provides means there are various ways to enjoy what we want, whenever we want. We are no longer beholden to schedulers and advertisers demands for control over broadcast dates and times. Create our own schedules to work around our daily lives, family commitments and other social engagements. 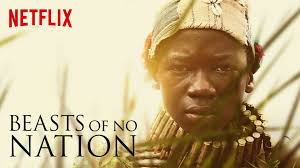 Since the day I first joined the ‘Netflix Revolution’, the streaming service has steadily increased it’s out put of available content, making it even more essential to my daily entertainment needs. I am aware that content tends to vary from region to region (which is one of the few complaints I have about the service), but here in the U.K we are fairly well served for available films and TV shows. A lot of the Superhero movies I love aren’t on the service in the U.K yet, but a few of the big ones like Avengers:Assemble are some of the highest rated content on Netflix. The critically acclaimed Beasts Of No Nation showed what the entertainment company was capable of producing within it’s your own brand and with many more ambitious plans for movie production to come, it may not be long before we are enjoying more ‘Netflix Originals’.

If movies have added a new dimension to our viewing experiences, Netflix’s T.V offerings have taken that experience to another level. ‘Binge watching’ has become another cultural phenomenon ushered in by the Netflix era. With a number of seasons (and in some cases entire series) of TV shows now available to us at anytime, we are no longer restricted to having to wait seven days for another episode of our favourite shows, just as they were starting to get interesting. Being able to watch the final season of Breaking Bad at my own leisure was like a dream come true, and allowed me to soak in all the fine details the filmmakers had included that I may have otherwise missed with a live broadcast. Seeing the spectacular Daredevil over the course of a weekend made debating the nuances with my friends that bit more satisfying, and you already know how much I loved Jessica Jones !  Add to that high quality productions such as Making a Murderer, Bloodline,Unbreakable Kimmy Schmidt, Orange Is The New Black and others have all provided tremendous entertainment for me and many, many others. The documentaries have also been truly educational experiences, with Virunga,God Loves Uganda, Black Fish, and The Central Park Five being some of the most impressive and I certainly can’t recommend those high enough.

All in all, Netflix and TV streaming services in general, look like they are going to be here to stay and I welcome them with open arms.  If your coming around mine to Netflix and Chill, just realise that i’m not being euphemistic, if you attempt to interrupt my viewing in anyway, will most likely kill you. Oh, and don’t forget the popcorn, mine is Salt and Sweet please!