Hope all is well with you.

Well, 2016 is in full swing right now, and I still can’t believe it. Time well and truly does seem to fly by these days. I’m never sure if my perception of time passing has changed due to me getting old(er) or whether there is some nefarious scheme to steal time away from us by some malevolent force determined to ensure the human race is keep in an eternal stupor, marching endlessly towards our impending doom in a lifeless planet ruled over by machines, tormenting us with sophisticated trolling techniques..but anyway, enough about my Matrix style nightmares!

One of the things I am looking forward to this year, is the fact that there is so much good quality entertainment in all forms coming out this year. Movies, Comics, T.V and Video Games, all have plenty of joyous entertainment for us to consume over the next 12 months. I’ve tried to keep my list as brief as possible and found it incredibly hard to do. So, I have decided to break it down instead to several parts. I dont think it show go beyond 4, so hopefully you won’t all be bored stiff reading it, and as usual i’ll try to give you all my specific personal reasons for my choices. I’ve also decided not to rank these in order as frankly, that would be like me trying to decide if I like pizza or burgers more. So, without further delay, here begins my list for the most anticipated things of 2016! 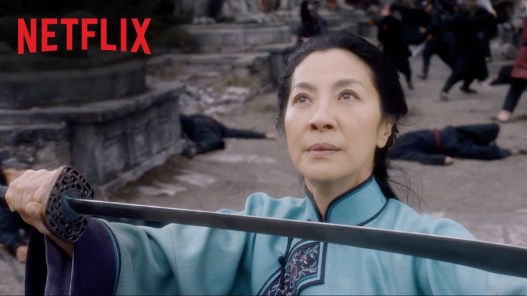 Ever since there were whispers of a sequel all those years ago, I have eagerly awaited it’s inevitable arrival. There’s been a few changes behind the scenes, the multi-talented Yuen Woo Ping replaces Ang Lee in the director’s chair, James Fusco takes on the script-writing duties and there is sadly no return for the enigmatic Ziyi Zhang (awwwww), but don’t let that put you off. The international trailer looks as gorgeous and action packed as you should expect from an epic martial arts movie of this calibre. The brilliant Donnie Yen has been added to the cast, bringing his considerable skills and screen presence with him. The other actors are somewhat unknown to me at this point, although it’s always good to see Jason Scott Lee gurning his way across the big screen. The fact that this will release simultaneously across Netflix services and cinemas seems to be something of a gamble, especially as Beasts Of No Nation wasn’t exactly a box office success when using a similar tactic. There’s also the obvious elephant in the room; the fact that this sequel is almost 20 years late. Are western audiences (and asian audiences for that matter) really still interested in this type of story? There’s a lot of ground that needs to be covered and the lack of Ang Lee’s presence behind the camera may dissuade some of the more ‘arthouse’ crowd from supporting the film as they did with the original.  For me personally, I have been encouraged by what I have seen and heard so far, and the mere presence of my regal queen of the universe Michelle Yeoh means i’m guaranteed to be hooked on release day. Did I tell you how much I love Yu Shu Lien? If you want to read about me gushing over her character, click here. 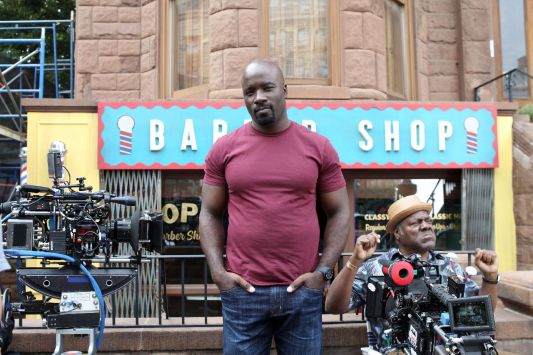 Marvel’s TV offerings have been somewhat inconsistent in my view. Agents Of Shield is a bit, well, ‘meh’. I appreciate those of you out there saying the show has gotten a lot better recently, but unfortunately  I lost interest in it a long time ago. Agent Carter Season 1 was light-hearted fun, although not all the episodes were as compelling as they could have been. That said, Hayley Atwell is the love of my life, and if any of you punks try to diss her, I will have to kill you. Now i’ve got that out the way, I can begin tell to you more about my 2nd choice for this list.

The Netflix TV adaptations of Marvel’s ‘street heroes’ have had me absolutely gripped. Daredevil far exceeded any of my expectations, and I thought Jessica Jones was fantastic, grown up drama that happened to feature people with powers. Next up in the series is Luke Cage, a character I have a lot of love for. I’ve written about Power Man before here, so I won’t retread what I have talked about before. I am heavily invested in this series ad the success of the previous 2 makes me confident that the quality will be of a similar level whilst adding one of the most iconic African American comic book characters of all time to TV’s ever growing roster of superheroes can never be a bad thing. Mike Colter simply IS Luke Cage. His extended cameo in Jessica Jones was one of the best things about that highly impressive show. He has the perfect balance of charm, heart and menace that a modern interpretation of Luke Cage needs. Whether he can carry 13 episodes as the star of the show remains to be seen, but he has a very talented supporting cast around him. Mahershala Ali (House Of Cards), Alfre Woodard (12 Years A Slave), Theo Rossi (Sons Of Anarchy), and Frank Whaley Jr. should make for a compelling support cast. Add to this the lovely Rosario Dawson reprising her role of Claire Temple and the first sighting of Misty Knight in the MCU (Simone Missick), and we have the recipe for what should be a winning addition to the MCU family. 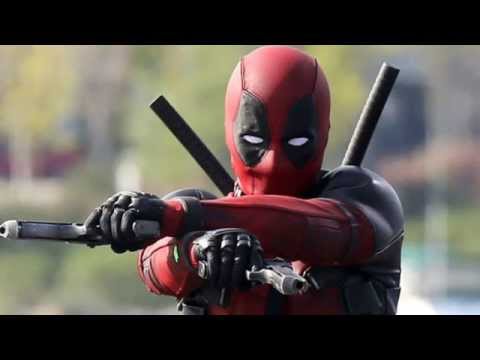 It’s difficult to know what to add about this movie that hasn’t already been said plenty of times by bloggers and geeks all over the internet. There’s a strong argument that this is perhaps the most hotly anticipated movie of the year amongst comic geeks (aside from those two juggernauts ‘Batman V Superman’ & ‘Captain America: Civil War’). Certainly, from the moment that test footage ‘leaked’ after being shown at San Diego Comic Con a couple of years ago, it seemed inevitable that a movie adaptation would be on the way and sure enough, the fans got their wish.

Ryan Reynolds dons the red and black suit he was always destined for, his sense of humour seems a perfect fit for the ‘Merc With The Mouth’.  Morena Baccarin, Ed Skrein, T.J Miller, Gina Carano and Briana Hildebrand join the main cast, with Tim Miller making his directorial debut. The marketing campaign for the film has been nothing short of genius, using every viral marketing trick in the book to fantastic effect. The fans have ate it all up like hungry puppies (and I include myself in that number), and we look to be getting a faithful adaptation made with all the love and care that fans of a character should have. As the 1st ‘stand alone’ movie in 20th Century Fox X-Men franchise, it’s going to be fascinating to see how much the film ties to that universe, and given Deadpool’s penchant for ‘breaking the 4th wall’, there should be plenty of opportunities for off the wall humour and action. It’s released here in the U.K on the 10th of February, and for me that date can’t come soon enough. 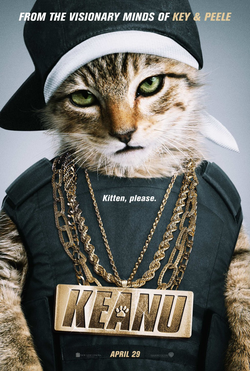 Key & Peele are perhaps the only comics whose work I have consistently enjoyed over the last two or three years since I discovered them thanks to Comedy Central. They are two brave comedians that blend a knowing knowledge of the complexities of the world we live in with just the right amount of absurdity and chaos that result in the type of comedy that will have you laughing your backside off.

‘Keanu’ is an ambitious step for the two, venturing into movies for the first time. Sketch show based comedy such as the type they specialise in, can become very stale very quickly when extended into feature film form. There are significant challenges in trying to keep an audiences engaged with the characters you have created, so it will be interesting to see how they get on. They have definitely stuck to what they know going by the few plot details we have available to us at this point, and the hilarious red band trailer features three things I adore; irreverent humour, Method Man and kittens. Looks like a winner to me!